Yemeni Food and What Makes these Dishes so Special 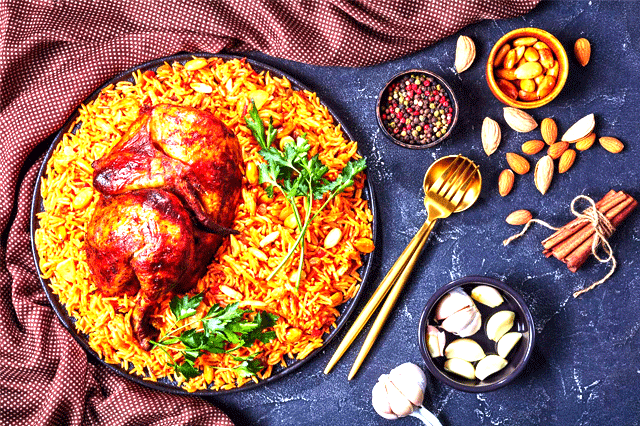 Not enough people know about Yemeni food and cuisine and this article aims to change that through tasty facts that will leave you wanting for more.

A country located in Western Asia, Yemen is a country whose proud inhabitants mostly speak Arabic and the most common form of religion being practiced is Islam. The southern borders of the country can be found along the ocean but despite this, its climate is distinctly hot, other parts of the country are surrounded by mountains and the weather is relatively cooler. In the northern parts of this land, you’ll find sand, and tons of it a desert by the name of Rub’al Khali can be found in this area.

Due to the country’s terrain and climate you’ll find that the most common food items grown in the area of Yemen include coffee, grain, bananas, figs, apples, different spices and herbs, and even citrus. It would stand to reason that a majority of this country’s dishes and delightful delicacies cater to what they can grow and what is considered sustainable in their religious belief system.

Although middle eastern food has grown a steady form of popularity in the Americas, Yemeni food has yet to be noticed.  So let’s change that by getting to know Yemeni culture and dishes on a more intimate level. Who knows, perhaps at the end of this, you’ll find yourself looking for a Yemeni restaurant in Chicago that can not only provide you with quality dishes but with speedy halal delivery services too.

From vegetables to meats and dairy, middle eastern cuisine, especially dishes from Yemen have their own specific way of preparing dishes to ensure that each scrumptious meal can be classified as halal. A majority of Yemeni restaurant in Chicago have their own tandoor or something similar that will help them create authentic Yemeni food.

Meats such as chicken, goat, and lamb are eaten more often than beef and are considered a staple in every Yemeni kitchen. Fish is no exemption to this especially in coastal areas where fresh fish is easily acquired. Cheese, and other dairy products, although less common in Yemeni dishes are almost always enjoyed in a few villages on a daily basis where it’s most available. You’ll find a ton of Legumes in a majority of Yemeni food as broad beans are used in dishes like bean salad, and a variety of stews.

People in Yemen love to start their day off with a warm dish, consisting of various delectable pastries paired with a cup of freshly brewed coffee or tea. Some will even opt for heartier meals which include legumes, eggs, or kebab, which is then served with bread on the side or as a sandwich. Now you may be wondering as to why we’ve highlighted these two meals. You see, unlike most countries the people in Yemen tend to get their fill of food during breakfast and lunch. Because of this Lunch in Yemen is rather heavy as you’ll find that the largest amount of meat and grains are consumed at Lunch.

Although the people of Yemen have opted to create meals revolving around the dietary restrictions of their chosen religious practice, it doesn’t necessarily mean that they don’t enjoy food as much as any other country in the world. Halal food has its own appeal and isn’t just limited to who can and can’t eat it. Upon visiting Yemen or any other middle eastern country, you’ll find that there are so many dishes that you can appreciate.

Eager to get a taste of the middle east without needing to book a flight there? Shibam restaurant is one of the best Yemeni restaurants in Chicago. Not only do we deliver excellent middle eastern cuisine that’s just to die for but we have a speedy halal delivery service that’s ready to deliver authentic Yemeni cuisine to your doorstep. Contact us now to get your taste of fresh halal cooking in Chicago.