When in Yemen, Do as the Yemenis do 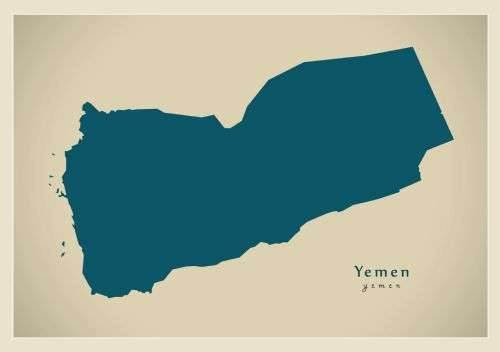 If you are interested in experiencing the genuine culture of Yemen, understanding the local traditions and customs is important. Some of the most critical information is detailed below

Yemenis have a reputation for hospitality and generosity. Behavior not conforming to their values is considered a sign of poor manners and disrespect. Yemen culture food is prepared as a feast for guests. Every man is expected to care for their siblings, mother, father and especially females. Most men live with their families after marriage. Their pride prevents them from abandoning their principles and standards

The weekend in Yemen is Thursday and Friday. Although most work Thursday, Friday is the most anticipated day of the week. The day includes a congregational prayer, lunch, visits from family and Qat chewing. The religious holidays in Yemen include Eidul Fitr, Eidul adhHa, Mowlidul Nabil, Awwalul Sanah and the 27 of Rajab. This is when the prophet made the night journey to the al-Aqsa mosque located in Jersusalem prior to proceeding to the seven heavens. This is celebrated through religious talks, decent lunches, attending public ceremonies and family visits.

National sovereignty and dignity are marked on September 26th during the revolution of the northern rule of the Imam, October 14th against the revolution of the southern British Colony, November 30th when the last British soldier was expunged from the south and May 22nd when the northern and southern Yemen were unified. During these times, Yemenis watch military parades, listen to patriotic music, dance and attend public celebrations.

All Yemenis are Muslim, with 55 percent being a branch of Sunni Islam or Shafi’i. The remaining 45 percent are a branch of Shia Islam or Zaidis. Most Shafi’i live south of Yemen with the north being the home of most Zaidis. Shafi’i and Zaidis have lived together in harmony since the beginning of the first century in Islam. This is mainly because there are only slight ideological differences between Sunnism and Zaydism. According to the majority of Muslim scholars, Zaydism has less in common with Shiism than Sunnism

Yemen offers a wide selection of dishes popular in both the home and the Yemeni restaurant. The dishes include saltah, ‘aseeT, bint aSSaHn, mandi and shafoot. These dishes are usually consumed for lunch. In the past, Mandi was prepared using rice and meat. Goat meat was considered the best choice. Today, the dish is prepared using chicken and all kinds of red meat. This is one of the
most popular dishes in Arabic countries. Another popular dish is ‘aseeT. This is similar to porridge but with a much thicker consistency.

The dish is prepared using millet or sorghum or a combination of both. Red and yellow sorghum is considered more nutritious and delicious than the white. This is often served with organic ghee, honey, consomme soup or boiled ghee and milk. One of the most popular dishes is shafoot. This is especially true during Ramadhan. Shafoot is layers of laHooH or bread divided by seasoned yogurt. The crepe-like bread is prepared using millet or sorghum.

One of the pastries is called aSSaHn. This is prepared using white flour, organic ghee and eggs. The pastry is sprinkled with Yemeni honey and black seed. This dish is for special occasions such as important social gatherings, weddings and especial days including Eids and Fridays. Yemenis use their right hand to eat with. Eating with the left hand is considered inappropriate behavior. Regardless of the place or occasion, Yemenis usually eat their food from the same plate. They use the side closest to where they are sitting.

The Shibam Yemeni Kitchen serves food on plates of different sizes. The size is determined by the number of people in the family or sharing the meal. If there is an extended family consisting of fifteen people or more in a rural area, the men have their meal in a different dining room than the women