History Of Middle Eastern Food: 5 Fascinating Facts You Should Know 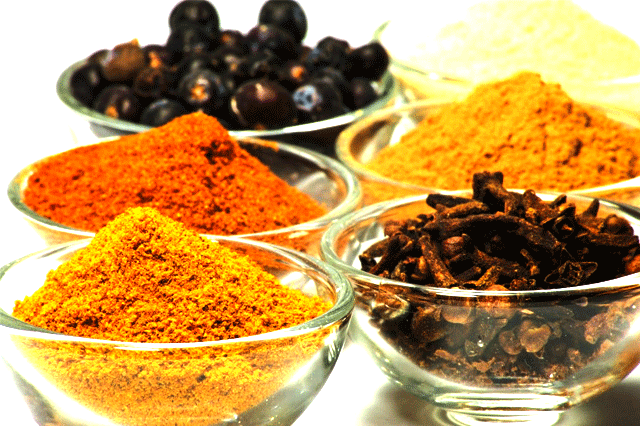 Yemeni Culture, its food in particular has seen a very quick rise is fame.

The exotic dishes, the recipes, the ingredients and the dining etiquette have all peeked the curiosity of the entire western world. And as a result, Mediterranean Cuisines like, Falafel, Kebabs, Baklava, Dolma, Doner Kebabs, Hummus, Tahini, have won the hearts of foodies from all over the world. Just one of these dishes has enough richness and flavor bursting taste that can leave people asking for more.

The Middle East in itself holds great importance towards the progress of society, and is most famously known as the Cradle of Civilization. Long ago, these very lands gave birth to ingredients like, wheat, rye, barley, beans, lentils, pomegranate, dates, pistachio, that in modern society are being used throughout the world, and have become part of our daily food intake. This alone shows the importance Mediterranean Food holds around the world. Yemeni Culture truly is fascinating!

So we from Shibam, who specialize in Yemeni Food Chicago, have brought for you some very interesting facts about Middle East and Middle Eastern Cuisines that you should definitely know.

Importance of the Fertile Crescent

In case you didn’t know, in the land of Middle East, there is a crescent-shaped region that includes modern-day Iraq, Syria, Palestine, Lebanon, Jordan, Israel, Northern Egypt, as well as the surrounding portions of Turkey and Iran. The importance of this Crescent-shaped land dates back to as early as the days of Mesopotamia (Sumer, Akkad, Assyria, Babylonia). This is where wheat was first cultivated. Followed by other regional staples such as, beans, lentils, barley, pomegranate, dates, and pistachio. Moreover, Agriculture and Irrigation, writing, the wheel, and glass, all of which first appeared in Mesopotamia, were among the region’s technological breakthroughs.

The area of Fertile Crescent also acted as a bridge between Africa, Europe and Asia, along which goods were traded and their food spread throughout the world

Their Rise Across the World

Spread of the Middle Eastern culture started during the time of World War 2. The brutal fights and violence forced many to leave the Middle East is search of a better life, especially to America. And along with them, came their food, which has since cemented its position in the gastronomic world. Mediterranean Cuisines like, Shawarma, Pita bread, hummus, falafel, and others have gained worldwide popularity. And still, Middle Eastern meals remain a way of life steeped in the culture, history, and personal ties.

Another secret(well not really) for the popularity of the Mediterranean Food is the abundance of fresh ingredients used in its making. Healthy ingredients such as vegetables are the hallmark of Middle Eastern Cuisines. In Middle Eastern cookery, fried meals are uncommon and baking, grilling, raw ingredients are more preferred. Even meat sources like cow, chicken, camel, and goat are more preferred and pork is strictly prohibited. Banning of pork has more to do with religion, as Islam strictly prohibits the eating of pork meat.

Dining Adequates are another very important part of Middle Eastern/Yemeni Culture. In countries like Saudi Arabia, especially in the Persian Gulf region, it is common for the host to severe the food himself. Food is provided in a communal plate placed in the center of the table, from which required amounts is transferred to the respective plates. Another common adequate is the preferred use of hand in place of forks and spoons. Instead of using utensils like in the west and other regions, habitants of Arab countries use their thumb and two fingers to scoop up the food and enjoy their savoring meal. The hand used for eating should be the right hand, as the left one is considered unclean because of its use in hygienic places.

It is considered impolite to provide just enough food while entertaining dinner guests at home, hence food is prepared in abundant quantities. And if you being served by a host, expect second helpings as soon as your dish is cleared. Taroof (ritual politeness) is an important Persian custom in which a person respectfully declines food or drink when given. It is accepted only after the host has offered it three times, In order to avoid looking greedy.

The Custom of Ramadan

Ramadan is the holy month of fasting for Muslims. This is a time where Muslims refrain from eating from dawn till dusk, in commemoration of Muhammad PBUH’s first revelation. Along with fasting, the month of Ramadan is also a month of feasts where the entire family gathers at the time of Iftar to break their fast and thank Allah for all the blessings he has provided. And as the month comes to an end, Muslims conclude with a great feast and celebrate Eid-ul-fitr. A large family gathering is held with other activities like, gift giving, pastries, and sweets are abundantly offered.

When it comes to Middle Eastern/Yemeni Cuisines, a factor that is very stressed upon when it comes to food is Halal or Haram. Actually, there are a few foods and drinks that Islam has deemed forbidden for Muslims to consume which include Pork (pig meat), and any kind of alcohol (except when used for medical purposes). In contrast, Halal foods are lawful and permitted to be consumed by Muslims.

Some examples of Halal Foods

Some examples of Haram Foods